Looking for an appointment?

Both in-person and telephone visits online*

If you are a current patient and would like to schedule an upcoming appointment online, please have your health card ready and follow the instructions on the link below to search for appointment availability.

*based on the type of appointment you require. 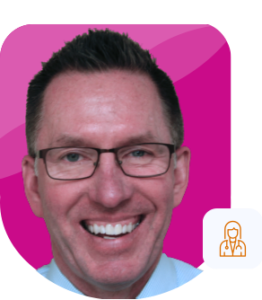 In addition to his family practice, Dr. Russell is the Medical Director of Oak Ridges Hospice residence in Port Perry. He also serves on the North Durham Palliative Care Team.

Dr. Russell and his wife have travelled to Central America and Africa with non-profit medical mission teams over many years.

Dr. Russell enjoys running, cycling and skiing. In addition to his love of the great outdoors, the Russell’s are also enjoying their new role as grandparents.

Use this link to book an appointment
for things such as:

If you feel your symptoms are a medical emergency that need to be dealt with right away then proceed to the emergency room. Examples might include; new chest pain, difficulty breathing, or broken limb.